No let me live a full life as a husband and become a father several times and marry 3 different women –then get rid of my balls and get a pussy and a makeup artist !

Bruce had been married three times. His first marriage was to Chrystie Scott (née Crownover) from 1972 to 1981. They have two children, son Burton and daughter Cassandra, known as Burt and Casey.Jenner and Scott’s divorce was finalized the first week of January 1981.

The same week, let me repeat -the same week, on January 5, 1981, Jenner married actress Linda Thompson, in Hawaii. By February 1986, Jenner and Thompson had separated, and they subsequently divorced. They have two sons together, Brandon and Sam Brody, known as Brody. 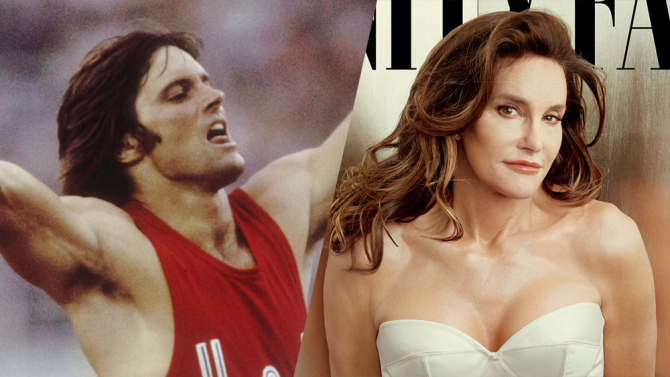 A former college football player, Jenner came to international attention as a decathlete, winning the gold medal in the men’s decathlon event at the 1976 Summer Olympics in Montreal, and setting a world record not beaten until 1980. With the unofficial title of “world’s greatest athlete” for the Olympic decathlon win, she was also an American cult hero winning an event dominated by Soviet Union athletes during the Cold War. He leveraged himself celebrity status to endorse products and subsequently starred in numerous movies and television specials including several made-for-TV movies, and was briefly Erik Estrada‘s replacement on the TV series CHiPs.

Jenner was married for 23 years to Kris Jenner his third wife -(née Houghton; formerly Kardashian); the couple and their children appeared beginning in 2007 on the television reality series Keeping Up with the Kardashians.

Was a good husband and for what I could see a great father – on the show Chris was sometimes painted as a bitch – controlling woman–controlling Bruce – well my heart goes out to her .

My first marriage ended when my husband wanted to sleep with men – which the devastation for me was real and it took years for me to get over – trusting again. Enough about me back to Bruce.

Following Bruce and Chris’s divorce in 2015, Jenner came out in a television interview as a trans woman, initially preferring masculine pronouns until her transition was more complete. In June 2015, Jenner revealed her new name, Caitlyn, and a preference for being referred to using feminine pronouns. Many news sources have described her as the most famous openly transgender person in the world.

ok well glad that Caitlyn is happy and after so many years of lying to loved ones is out and about – my opinion this should have done it way sooner .

After my experience with my first husband I asked the men I dated 3 questions.

1 are you seeing any one else

3 are you attracted to men

Question 3 took some of my dates by surprise but I got my answers truthfully and let to the conversation as to why my first marriage ended – and I talked about it openly.

just don’t become someone’s 3rdwife – have wonderful life with him – only to be alone at a time of your life when you should be enjoying the kids gone – new adventures in your marriage- dig it – Bruce shame on you for waiting so long – oh yea Caitlyn – welcome to your new world! Peace Perez