“Younger taps into the spiritual well that fueled the art of both Ashby and Coltrane, yet she remains ever-cognizant of the time in which she lives and plays.” – All About Jazz 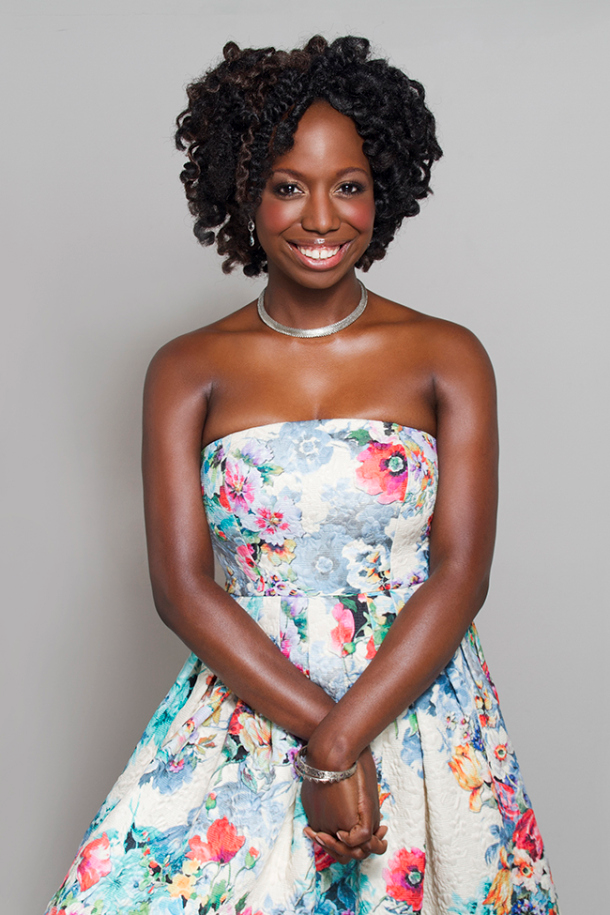 A versatile artist who has been proven to defy genres and labels, this young harpist has created a unique niche in both traditional and non-traditional harp arenas.  I just love her!  In addition to expressively interpreting traditional harp repertoire, this young harpist plays in a style reminiscent of Dorothy Ashby and Alice Coltrane, yet has developed a beautiful and fresh sound all her own.  She is most recognized for working with Jazz royalty as well as Grammy winning Hip-Hop producers and artists.  Her ability to feature the harp in genres of music where the instrument is often absent is a testament of her love for the instrument, and her cross-reaching ability as a musician.

A New York native, Brandee Younger is classically trained, yet has made her mark as a groundbreaking artist having worked with jazz royalty Ravi Coltrane, Jack Dejohnette, Reggie Workman, Charlie Haden, Bill Lee and Butch Morris amongst others.  In popular music, she has worked with Hip -Hop & R&B producers and artists such as Common, Lauryn Hill, Ryan Leslie, John Legend, Drake and Ski Beatz. Most recently, she was featured on the Grammy Award nominated album “New York: A Love Story” by R&B newcomer, Mack Wilds.

Ms. Younger earned her bachelor’s degree in Harp Performance and Music Management from the Hartt School of Music at the University of Hartford and her Master’s degree in Harp Performance and Composition at New York University.  She is the leader of the Brandee Younger Jazz Harp Quartet and Afro Harping: A Tribute to Dorothy Ashby, in honor of the great, late jazz harp pioneer.  Younger is featured artist on the upcoming Bluenote Records/Revive Music release, “Supreme Sonacy”, set to be released in August, 2015.  When not touring with her groups, she teaches educational workshops and also teaches harp lessons at the Greenwich House Music School in the West Village and has a private teaching studio on Long Island.  Real Hip Chick!

Here is her site, enjoy!