Sharmeen Obaid Chinoy is a Pakistani journalist, activist and filmmaker who has won two Academy Awards, for her 2012 documentary Saving Face and again for her 2015 documentary, A Girl in the River: The Price of Forgiveness. 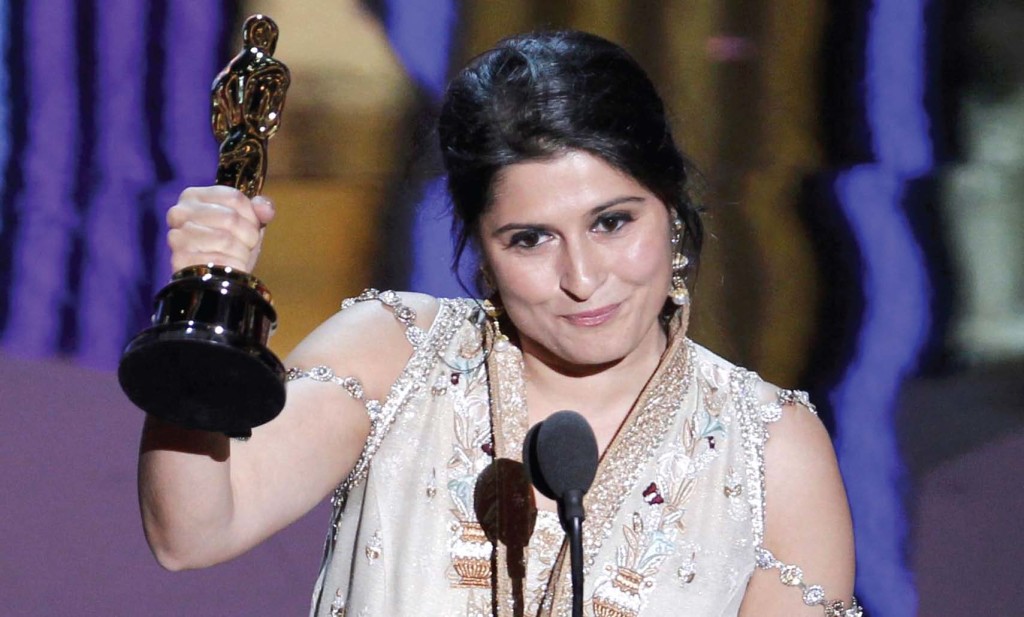 Pakistan’s renowned journalist and Oscar winning inspirational filmmaker Sharmeen Obaid Chinoy on Monday has once again won Academy Award of Motion Picture Arts and Sciences in the category of “Best Documentary-Short Subject” from across the globe for ‘A Girl in the River: The Price of Forgiveness’. The 37-year-old director claimed her second career Oscar.

This is what happens when determined women get together,” she said as she accepted the golden statuette.

Chinoy in her speech praised “all the brave men out there, like my father and my husband, who push women to go to school and work and who want a more just society for women.”

After meeting Chinoy recently in Islamabad, Prime Minister (PM) Nawaz Sharif in a statement vowed to “rid Pakistan of this evil by bringing in appropriate legislation.”

“That is the power of film,” Chinoy said at the Oscars. Other accolades include a Queen Elizabeth II Diamond Jubilee Medal, a Crystal Award from the World Economic Forum and a state honor from the Pakistani government. The film is based on the story of an eighteen year old girl, a survivor of the horrific honor killing attempt, who recounts the atrocious event and her tale of romance. Known locally as “Karo-Kari” the barbaric act claims thousands of victims each year.

The killing is seen as a means of restoring honor in the family household which they believe a girl has destroyed and brought dishonor to the family name. Over 4000 cases were reported in Pakistan between 1998 and 2004, with the highest rates being in Punjab followed by Sindh. In the year 2012, Sharmeen Obaid-Chinoy, 37, had also made Pakistan proud after her documentary ‘Saving Face’ was awarded the Best Documentary Short Subject at the Oscars, making her the first Pakistani national to win an Academy Award. Sharmeen Obaid Chinoy is the only Pakistani filmmaker ever to win both an ‘Academy Award’ and an ‘Emmy Award’ and the first non-American to win a ‘Livingston Award for Young Journalists’. Chinoy has directed numerous films, each one a creative masterpiece, with fans all over the world appreciating her highly critical work. She has won numerous rewards for her work in more than 10 different countries. Her documentaries have aired on major television networks including CNN, Channel 4, PBS, HBO, CBC, the Discovery Channel, Arte and SBS. Hip Chick she is!please go see this film SUPPORT LEARN.

AND HEADS UP!  The Women in the World’s 7th Annual Summit meet the women in the headlines and the women on the front lines. Activists, artists, entrepreneurs and feminist firebrands —they’re all on the stage at this annual summit of influential, iconic women of our time and the men who admire them.

The full schedule and many more participants will be announced in the coming weeks! For the latest in schedule and new participants, follow Women in the World on Facebook and on Twitter. Tickets for the Summit are available here.