Iris Apfel is an American businesswoman, interior designer, and fashion icon.
Born in Astoria, Queens, New York, Apfel is the only child of Samuel Barrel, whose family owned a glass-and-mirror business, and his Russian-born wife, Sadye, who owned a fashion boutique.
There is a documentary abut this hip lady – if you have not seen it yet – well its time you did! Iris studied art history at New York University and attended art school at the University of Wisconsin.
As a young woman, Apfel worked for Women’s Wear Daily and for interior designer Elinor Johnson. She also was an assistant to illustrator Robert Goodman. HIP! Seriously hip! Love her! 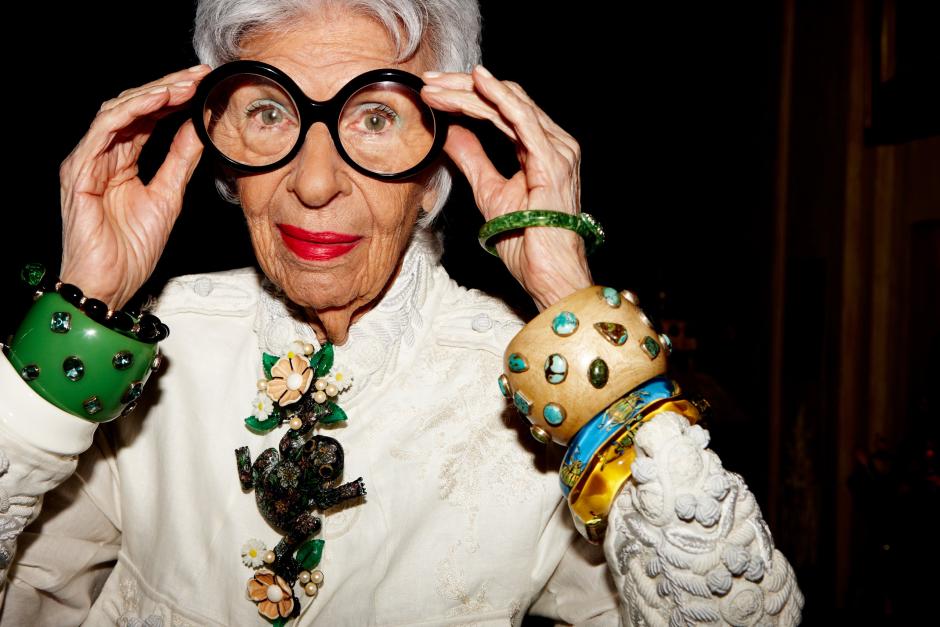 In 1948, she married Carl Apfel. Two years later, they launched the textile firm Old World Weavers and ran it until they retired in 1992.

here is the clip to the Film IRIS – that all you Hip Chicks and Hip Cats should see! 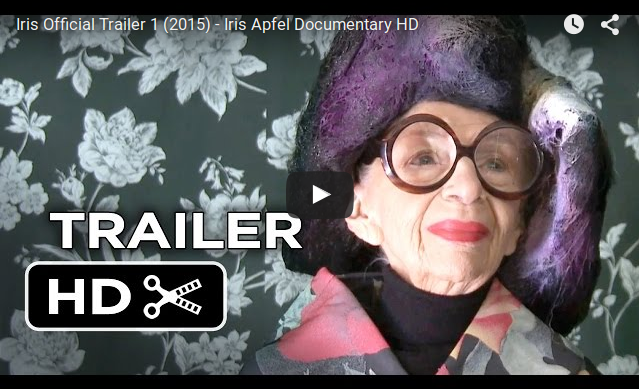 At 90 years young in 2012, Apfel was a visiting professor at University of Texas at Austin- just a superstar! 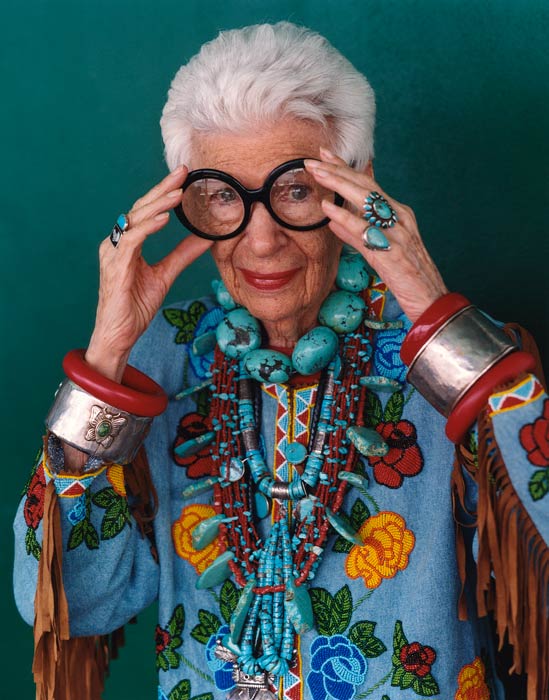 Apfel consults and lectures about style and other fashion topics. In 2013, she was listed as one of the fifty best-dressed over 50s by The Guardian.
Here is a clip of the legendary decorator, textile designer, and fashion muse sharing her stories of life along with her thoughts on style and decorating. 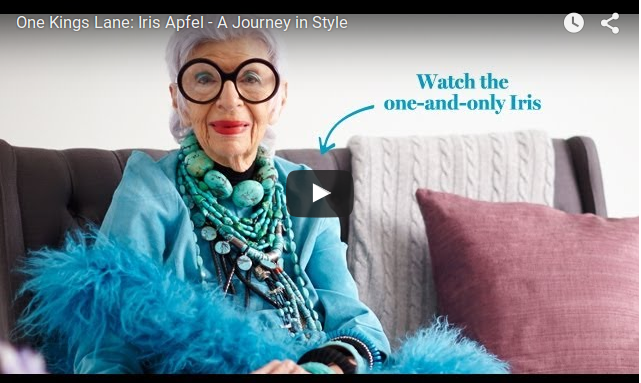